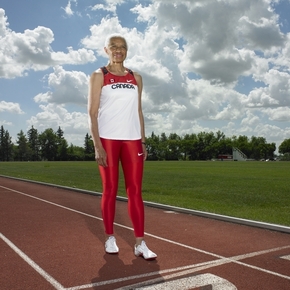 Carol lived and worked in the United States in 1966 to 1972 except for 1968, when she worked in Regina Munro Wing, General Hospital

Carol married an American who was in the United States Air Force and throughout their married life he was most often stationed overseas. During these times Carol was always happy to return to Canadian soil. She completed her psychiatric nurses training in 1965 which enabled her to work at the Munroe Clinic in Regina. When she returned to Saskatchewan for good in 1972 she started working at Social Services in Regina.