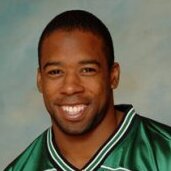 Chris attended Arizona State University.    He signed as a free agent with the Saskatchewan Roughriders prior to the 2009 season.  In 2010, Chris became a starter with the Riders and in 2011, he had his first two CFL interceptions, and returned both of them for touchdowns.