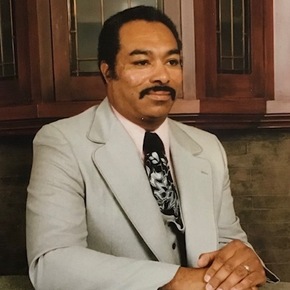 Born to descendants who came to Canada in 1906 from Iowa and 1910 from Oklahoma. Lived his entire life in Saskatchewan

Ed LaFayette was the fifth of eight children who lost their mother in 1955. He moved to Regina as an adolescent. He worked hauling gravel with his father, Karl LaFayette. He soon found work in the construction industry. He started his first roofing company partnership (North Saskatchewan Roofing) while just in his twenties. They dissolved that partnership and he later started L&B Roofing Ltd. with William Beattie in 1971. He ran that business successfully with Bill for several years and then later on his own for many years until his retirement in 2014.  Ed was a well-known and highly-respected businessman. He served on various construction associations and organizations in many capacities. He received professional recognition and earned the accolades of his peers many times during his years in the construction industry in Regina. He accomplished all this while breaking the colour barriers that existed during the 1950’s, 1960’s and beyond.

On October 5, 2020, the Civic Naming Committee approved the use of Ed LaFayette’s name to be used in the future as the name of a park or a street in the city of Regina. This honour recognized Ed’s significant contributions to the construction industry in the City of Regina and  the ethnic significance of the LaFayette’s being one of the first African-Canadian families to settle in the province of Saskatchewan. The City honoured him again the following year by featuring his story in their social media posts during Black History Month.

Ed (through his company, L&B Roofing Ltd) was a “Diversity Legacy Supporter” of “The Honouring Tree Project” public art piece in Wascana Centre which was erected in 2011 in recognition of African-Canadian heritage in Saskatchewan.

After 43 years of operating his successful business, Ed retired from the construction industry in 2014. Sadly, his enjoyment of that retirement was cut short when an accidental fall in 2017 resulted in his becoming a quadriplegic. Ed passed away on February 24th, 2020.

Ed was an avid golfer and a long-time member of the Royal Regina Golf Club and also served on their Board of Directors. When he wasn’t playing golf, he enjoyed following televised coverage of the PGA. He also supported Regina’s WHL team, the Pats, as a season ticket holder for many years. He was a loyal Canadiens fan.

He enjoyed flying and maintained his pilot’s license and membership with the Regina Flying Club for several years. Ed made significant contributions to his community as an active member and supporter and as a pioneering African-Canadian. Ed LaFayette helped to build (literally) the city of Regina.