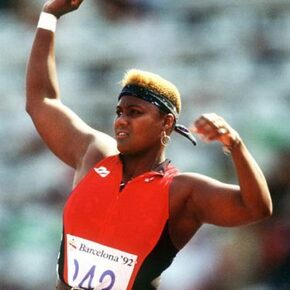 Georgette Reed is a Canadian athlete, born in Regina, SK. She is the daughter of former Saskatchewan Roughriders football player George Reed. She has competed internationally in many sports for over three decades, including women’s shot put at the 1992 Summer Olympics. She started her athletic career in Regina, with the Junior National Swim Team representing Regina in 1981. In 1986, she accepted a swimming scholarship to attend Washington State based on her success as a swimmer with the Regina Optimist Dolphins.

Upon retiring from competing, Georgette was the head cross country, track and field coach for the University of Alberta for 10 years, and helped develop champions at the provincial, national and international levels and was a mentor/coach for Special Olympics Athletics athletes and coaches in Alberta. She currently works as a Health and Wellness Coordinator for the City of Edmonton Fire Rescue Services.

Georgette holds a MA in Coaching Sciences from the University of Alberta, a BPE in Physical Education and a BA in Communications from Washington State University. 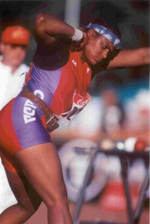