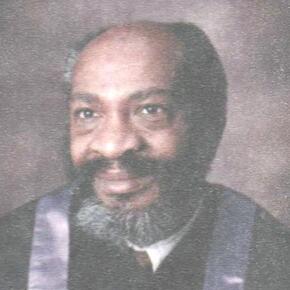 Immigrated to Saskatchewan in 1957

Jonathon Sealy was born on a sugar plantation and received his early education in Barbados. He began teaching but was encouraged by the principal of his old school to continue his education. Opportunities in Saskatchewan, Canada were being promoted at the time and as a result Jon applied to the Training School at Moose Jaw. He was accepted and boarded a plane for the prairies with another man, Grant Proverbs with the same destination. Upon arriving in Moose Jaw they stayed with other students from the Caribbean until they could find suitable accommodation. This proved to be a challenge as they were faced with discrimination because of their colour for the first time. Nevertheless, they persevered and after awhile settled in.

The first Christmas Jon was billeted with a family who became life-long friends. Jon also attended St. John’s Anglican Church where he joined the choir and began to feel a sense of community there. He got involved with Scouting and participated with a singing group, ‘The Black Velvets” doing local television shows. He and his friends formed cricket teams and competed with teams in Regina.

Jon graduated from Psychiatric Nursing in 1960 and secured a job in Regina at the Correctional Centre, as the first Psychiatric Nurse on staff. He took more classes to become a Corrections Officer while working there. But in 1962 the call to further his education brought him to the University of Saskatchewan – Regina Campus, where he earned a B.A. in Sociology, graduating in 1969. To cover expenses he worked at a number of part-time jobs with Dale’s House, Ranch Ehrlo Society, and St. Anthony’s Home in Moose Jaw.

He married Donna Montgomery in 1968 and they adopted a son from Nova Scotia. With Donna, a teacher he met while at University, they also worked weekends at Sedley Girl’s School. They worked together again while he attended the University of British Columbia in Vancouver, running a group home. When Jon graduated with a Master’s in Social Work in 1972 they headed north. After five years working for the territorial government at Inuvik and Yellowknife as a Social Worker, Supervisor and eventually the Superintendant for the region he returned to Saskatoon.

Back in Saskatchewan, Jon began his own consulting firm, Sealy Osborne Consulting Services. The firm focuses on training, human resource issues, research, and child welfare evaluations. Jon was asked to teach a class in social work by the Sask. Indian Federated College which has become an annual contract for training and supervisory work. Jon also has a Master’s in Continuing Education and taught at Kelsey Institute of Applied Arts and Science in Saskatoon conducting workshops and preparing manuals on how to teach adults.

Jon was the first President of the Black Cultural Association when it was formed in Saskatoon in 1977. This group grew into the Afro-Caribbean Association of Saskatchewan with a focus on cultural activities and issues. The association was responsible for running camps for children in the summer.

Jon was also instrumental in the creation of Black Awareness activities in Saskatoon which became an annual series of events. The group brought in guest speakers and invited school superintendents and dignitaries to raise awareness related to racism and other social issues. The celebrations began around Martin Luther King’s birthday and expanded to Regina as well.

He was also involved in the planning and implementation of the Meeting of Cultures in Saskatoon. Over 400 people from across Canada attended the three day event including First Nations elders, police, youth groups and guest speakers.

Jon Sealy is a leader by nature. He enjoys cricket and football. The Sealy’s divide their time between Saskatchewan and Barbados where they own a home. Jon continues to operate his business Sealy Osborne Consultant Services Inc.