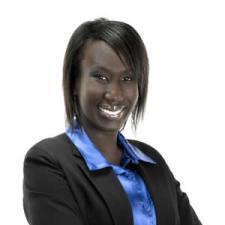 Phoebe De Ciman Haugen has been a noteworthy contributor to the cultural landscape of the City of Regina and the province. Her family immigrated to Canada when she was 12 years old having lived in Europe and Africa. She is a wife and mother of two children.

Phoebe has worked in the Saskatchewan Public Service for the past ten years in various ministries. She is currently a Senior Analyst in the Ministry of Advanced Education. She graduated from the University of Regina with a BA in Psychology/Biology (2003); BA (Hons) in Political Science (2005) and a Masters of Arts Degree (2010) in Human Security and Peacebuilding from Royal Roads University in Victoria, British Columbia. At the University of Regina, she was President of the Students’ Union for two years (2003-2005).

During her time with the University of Regina (U of R), Phoebe also was a member and captain of the U of R Cougars basketball team that competed in the Canadian Interuniversity Sport (CIS) league. During her time with the cougars, the team was National Bronze Medalists in 2000, Silver Medalists in 2004, and National Champions in 2001. Phoebe was part of the Canadian National Basketball Program from 1998-2003; and competed on the Senior National Team from 2000-2003. She was one of 15 finalists slated for the 2000 Sydney Olympics games. As a National team athlete, Phoebe represented Canada on the world stage in Russia, Spain, Taiwan, Brazil and the USA. Phoebe is also an avid coach and has coached the Saskatchewan Provincial Basketball Team for four years (2006-2010).

Phoebe has an active interest in leadership, governance, human security, peacebuilding, arts, music and sporting activities. She has coached extensively in Saskatchewan and across Canada and is very involved as a community volunteer for many local events and initiatives.

Phoebe has been the recipient of leadership awards from: The Daughters of Africa Inc., The Jamaican Association of Saskatchewan, the YWCA Young Woman of Distinction Award, The Government of Saskatchewan, Basketball Saskatchewan and most recently from the University of Regina with the Outstanding Young Alumnus Award in 2012.

Phoebe has also worked in Uganda and Southern Sudan with a local NGO on democratic and governance issues and the prominent role that solid leadership can have in making a sustained impact on the ground. The activities undertaken included: promoting sanitation in rural communities, community public health activities; promotion of good democratic governance practices; and Leadership development. Phoebe is passionate about local and global issues and is very grateful to all the opportunities that have been afforded to her by the amazing community in Saskatchewan. She truly believes in Saskatchewan’s motto, “From many peoples strength” and is proud to be a part an incredible community of Canadians with African ancestry that are making significant contributions to their communities.