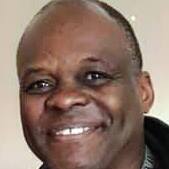 Richie was born on October 4, 1960 in San Antonio Texas. He attended Colorado State University where he majored in social work.

He was in a car accident as a child that catapulted him through the windshield of the car and nearly killed him, leaving permanent scars above his right eye.

Richie was a star two-way American Football player in high school despite his height of just 5 feet 6 inches (1.68m). He was also a walk on College Football player at Colorado State University.

He originally signed with the Calgary Stampeders in May 1983 and, in his rookie season, was a CFL All-Star defensive back playing in 16 games recording four interceptions and two fumbles recoveries. He also returned 50 punts on special teams for 561 yards including one touchdown and one kickoff return for 12 yards.

Richie earned the West Division All- Star honors in the 1986 CFL season for his defensive work recording 4 sacks, 8 interceptions for 116 yards, and 1 fumble recovery for 50 yards. He also returned 16 punts that year for 260 yards.

He was traded to the Saskatchewan Roughriders in May 1988 for a fourth-round pick in the 1989 CFL draft and return as a 1988 CFL season and 1990 CFL season West Division All-Star.

In all Richie appeared in 153 career regular season games between 1983 and 1991 playing both defensive back and punt returner, was a four time West Division All-Star, a league All-Star in 1983, a 77th Grey Cup champion, and was selected for the Tom Pate Memorial Award in 1990.

After being released by the Roughriders, he used his Social Work degree and got a job at Regina’s Cornwall Alternative School for high risk kids and joined Regina’s Archbishop M.C. O’Neil High School football coaching staff in 1993 before embarking on his professional coaching career.

Richie had at least seven interviews for Head Coaching positions beginning after the 2004 CFL season and, on December 17, 2008 he was hired as the head coach for the Edmonton Eskimos football club, the first black head coach in the Edmonton Eskimos history. While they were looking for a new coach, Eskimos General Manager Danny Maciocia said he asked his quarterback to name the toughest defensive coordinator they have played against and was given the unanimous response of Richie Hall.

Some of the things Richie said he wanted was his players to enjoy are the game, work hard, appreciate everything, and take nothing for granted. He said that he wanted his players to have a selfless attitude, and he wants them to be there for each other. Football is a way for them to live their lives.

On February 1, 2010 it was announced that Richie had rejoined the Roughriders as their defensive coordinator.

In December 2014 it was announced that Richie will not be returning to the Saskatchewan Roughriders in 2015 and was hired as the defensive coordinator for the Winnipeg Blue Bombers.