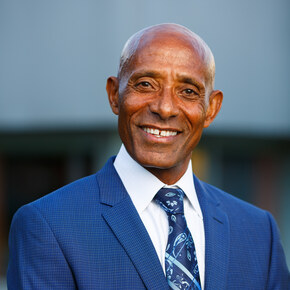 Through running he met many wonderful Canadians, and competed at the international level. As with any sport, running taught him how to handle stress, how to communicate, and how to win and lose.

He coached the U of R’s men’s and women’s track and field and cross-country teams from 2004 to 2007, and has coached the Jaleta Pacers Running Group since then. The Pacers is a distance running club with members at all levels of ability, who participate in various fund-raising activities to assist Saskatchewan children and youth to overcome barriers and achieve their potential, and support leadership opportunities for the disadvantaged.